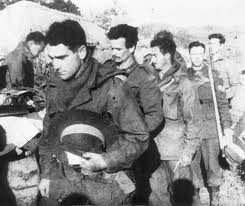 Click here for a link to this video of 13 minutes produced by Paul Hodge, it is divided into three parts: There are no comments yet