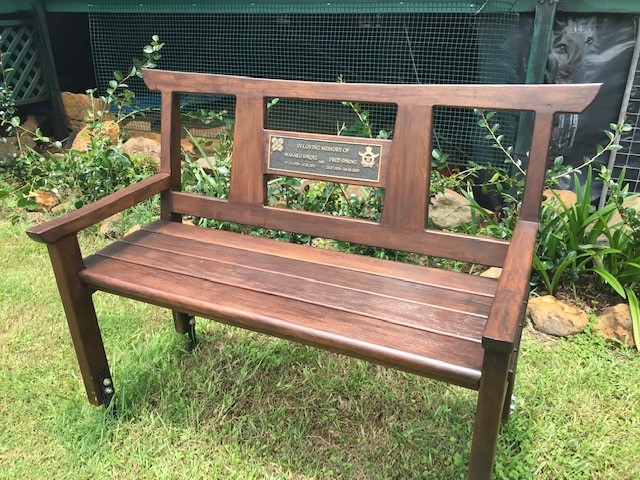 You will notice a new seat has recently appeared under the verandah of the RSL Maleny Memorial Hall. The seat was commissioned and donated by the family of the late Fred Spring and is dedicated to both Fred and his wife Masako.

Frederick Harold Spring (Fred) was born Collinsville Qld 23 July 1926. He attended Rockhampton Grammar before joining the RAAF in 1944. He later served as leading aircraftman maintenance crew with the British Commonwealth Occupation Force (BCOF) in Japan in 1945.

Fred met Masako before being deployed to Korea in 1951. After the war, her father was appointed curator of the Peace Museum in Hiroshima. She married Fred in 1951 and emigrated to Australian in 1955. They and their four children eventually settled in Maleny.

Fred was an active member of the RSL for 53 years and was a regular at the RSL Maleny.