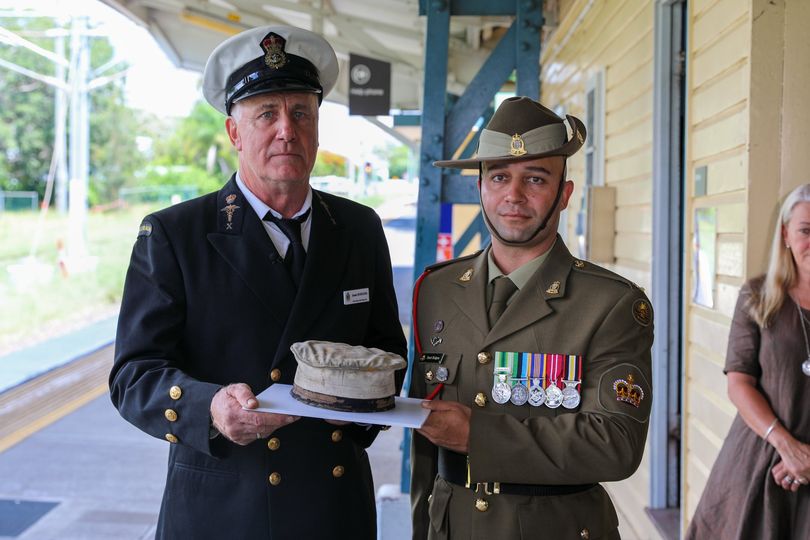 During restoration works at Shorncliffe train station in Brisbane, a large collection of mid-20th century objects were discovered. Included with the find was a long-lost sailor’s cap, dating from 1945-1950. It was revealed that the cap belonged to Royal Australian Navy stoker Ernest “Gus” James Hodgess.

Read more about the discovery